The official name of NTT is Nippon Telegraph and
Telephone Corporation

NTT is an acronym for Nippon Telegraph and Telephone Corporation, the holding company of NTT Group consisting of 917 domestic and overseas companies with over 300,000 employees. 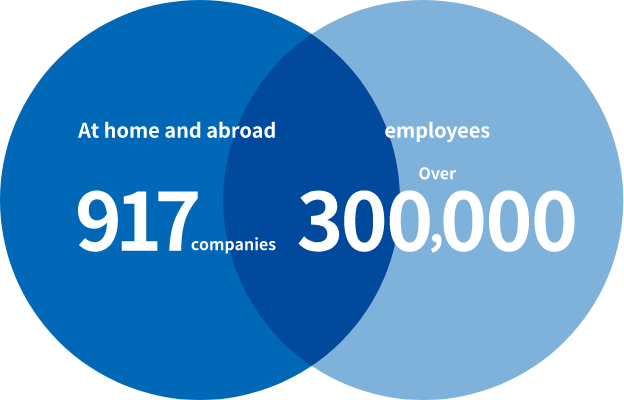 NTT, the innovator that opened new horizons in the history of the
telephone in Japan

In 1870, the Ministry of Communications launched a telegraph service between Tokyo City and Yokohama City.
On July 31, 1952, the Nippon Telegraph and Telephone Public Corporation Act was enacted. Based on this Act, Nippon Telegraph and Telephone Public Corporation ("Dendenkosha" for short), which would later become the core company of NTT Group, was set up on August 1, 1952 to promote widespread use of telephone services in Japan as a state-owned special corporation.

Telephone and communications services were expanded throughout Japan during the country's period of rapid economic growth and, in 1985, Nippon Telegraph and Telephone Public Corporation was privatized. To streamline its structure and expand its business domains, NTT founded a subsidiary for each line of business and established NTT Group.

NTT Group's sales (operating revenues) reached approximately 11.89 trillion yen in March 2019. This is the fifth highest of all the sales achieved by the companies listed on the Tokyo Stock Exchange (as of August 10, 2020).

We carried out the "Your Value Partner 2025" NTT Group Medium-Term Management Strategy based on the business of each existing group company. This included expanding our global cloud services, streamlining our high value-added network business, pursuing collaboration with a wide range of operators, and expanding our B2B2X business. As a result, we recorded our highest ever revenue and profits to date.

An astounding number of employees work at NTT Group

Approximately 319,000 employees work at NTT Group. This number nearly equals the population of Nakano Ward, Tokyo and Naha City, Okinawa (as of June 2020).  NTT Group now has over 900 related companies and approximately 300,000 employees worldwide, making it a global enterprise that delivers ICT services across the world. In July 2019, we established the overseas company NTT Ltd. with the global division of NTT Communications Corporation and Dimension Data as its parent organizations. A telecommunications company with research and development divisions

NTT Group has registered approximately 17,000 patents to date. In response to market globalization and intensifying competition in technology development, we have effectively combined our and other companies' technologies, thereby efficiently and strategically spreading technologies as we grow our business.

Almost no other telecommunications company around the world has its own research and development division.

This is one more thing that sets NTT Group at a cut above the rest. 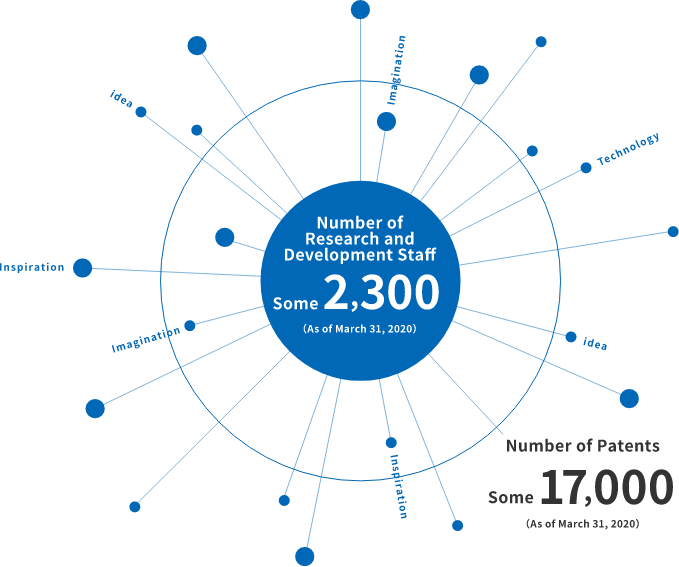 Largest number of subscriptions in Japan

NTT DOCOMO has approximately 80.61 million, or 44%, out of the 183.52 million mobile phone subscriptions in Japan (according to the Telecommunications Carriers Association, as of June 2020).

NTT DOCOMO is working on a range of technological innovations to expand services for 5G, the next-generation mobile communications standard. As an initiative for smart cities, 5G, and technological development, NTT Group is currently promoting the activities of the IOWN (Innovative Optical and Wireless Network) Global Forum along with related companies. Together, we work to envision our future society and act to realize the IOWN concept.

NTT Group has made drastic changes to its business, including building up the telephone services that it has provided since its establishment, a shift to mobile services and broadband as the Internet came into wider use, and development in its global business that continues to grow to this day.

In an era that requires solutions for even more complex problems, NTT Group will advance and look further ahead, carrying out bold reforms, and continuing to serve as "Your Value Partner" for customers and society in general. WEB media that thinks about the future with NTT